We would like to announce that the I-BRICK and PLUTO wall recessed luminaires from Unilamp has now obtained ENEC mark. We work closely with VDE institute from Germany to get the test done. The products and the factory are audited by VDE.

Remark :
ENEC is the high quality European Mark for electrical products that demonstrates compliance with European standards (EN). European Certification Bodies in the electrical sector have opened the European ENEC Mark to all electrical product sectors. Testing takes place in independent ENEC approved Testing Laboratories worldwide, and in approved Manufacturers’Laboratories. ENEC means safety in Europe, and all signatories of the ENEC Mark Scheme actively support its commitment to the highest safety levels. 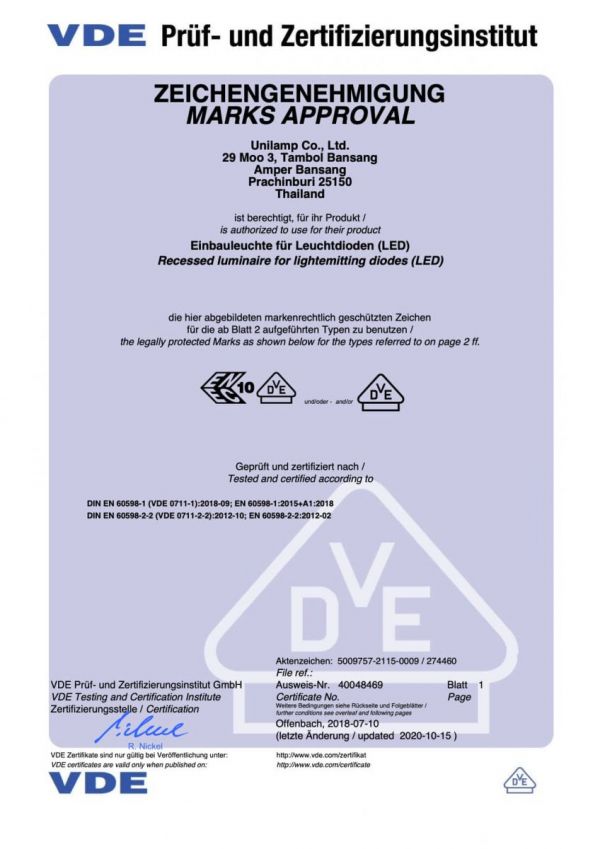